The world’s first military newspaper was published in the year 1918. Three U.S army privates established the newspaper named Stars and Stripes. The U. S army ventured out to this new business by utilizing the staffs of the military. The three privates of the U.S army worked together for the newspaper Harold Ross, the reporter of the Stars and Stripes became the Founder and Editor of The New York Magazine. Grantland Rice, another private member of U.S army, was a famous sports writer. Alexander Woollcott, an early member, was a war correspondent for the Stars and Stripes newspaper. He became the theatre critic of New York Times.

Woolcot shared their experience of publishing the first edition of Stars and Stripes after ten years. This was shared in an article published for The Saturday Evening Post. The three people were working hard to bring out the first edition of the newspaper. After ten years he was surprised about the success of the first army newspaper. In the first year of publication, the paper achieved a circulation of 550,000. The paper earned profits to the treasury department.

The newspaper offered service to the war effort. It helped to communicate with the troops that were scattered across the western front. Stars and Stripes made it possible to share critical information among the soldiers during the unfavorable situation. It was possible for the army to keep the soldiers in line.

After the World War II, the newspaper has revived a lot, and the reporters shared the concerns of G.I around the world.

Stars and Stripes the first military newspaper is very much alive today. The paper is authorized by the Defense Department, and it enjoys editorial independence. The newspaper was free of censorship and outside control.

The article gives an overview of the first military newspaper which exists still today.

Do you have a Wrongful Death Claim in California 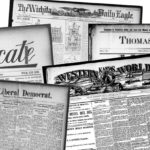 A Note On The Army’s First Newspaper